Through our leadership and expertise in all aspects of power delivery, S&C’s professionals have become some of the industry’s leading experts in the analysis of complex power systems. Our unparalleled design and testing skills have helped customers around the world plan and implement their power systems.

S&C offers a variety of analytical studies that support system planning, reliability, and protective-device coordination. Using state-of-the-art technology, models, and software, our teams apply their knowledge throughout all phases of the project life cycle. From electrical equipment recommendations to system analysis, the use and application of these studies have resulted in substantial savings for our customers.

Coordination studies are used to select appropriately rated protective devices and settings, to ensure that transformers, capacitor banks, electric motors, and cables are properly protected against damage from short-circuit currents. The objective is to minimize the impact of short-circuits by isolating them as quickly as possible, while maintaining power to the rest of the system.

S&C uses the latest software tools — CYMTCC for Windows® and SKM CAPTOR — to generate the time-current characteristic curves for all protective devices on each feeder. Coordination studies for industrial and commercial facilities are performed in accordance with industry-accepted practices and procedures, consistent with ANSI/IEEE Standard 242-2001, IEEE Recommended Practice for Protection and Coordination of Industrial and Commercial Power Systems. Coordination studies for electric utilities are based on their specific fusing and reclosing practices. 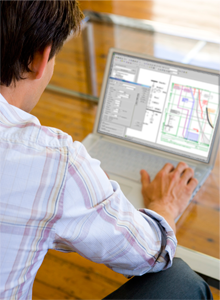 Short-circuit studies determine the currents that flow in a power system under fault conditions. Since growth of a power system often results in increased available short-circuit current, the momentary and interrupting ratings of new and existing equipment are checked to ensure the equipment can withstand the short-circuit energy and associated magnetic forces. Fault contributions from utility sources, motors, and generators are taken into consideration.  The results of the study are also used to selectively coordinate electrical protective devices.

S&C uses the latest short-circuit analysis software, including Power System Analysis Framework-Fault, SKM DAPPER, and CYMDIST to calculate three-phase, line-to-line, and line-to-ground fault currents at relevant locations on the power system, in accordance with either ANSI or IEC Standards. A closing-and-latching duty analysis can also be performed to calculate the maximum currents following fault inception.

An arc-flash study is critical to the safety of your employees and to ensure that your facilities are in compliance with industry standards. Unless a realistic determination of the available fault current and protective device clearing times are made at each of your equipment locations, it's not possible to select the proper Personal Protective Equipment (PPE) for your electrical workers. Employers are obligated to protect personnel from arc-flash hazard, whether or not regulations apply.

Our engineers have a thorough understanding of the short-circuit behavior of power systems, protective device coordination, and arc-flash mitigation techniques. They can properly perform all aspects of an arc-flash study, including:

Harmonic studies determine the effects of harmonic current-producing devices on voltage and current distortion levels in the electrical system, as well as potential resonance issues associated with the application of shunt capacitor banks. They are typically associated with the installation of capacitor banks in utility and end-user systems, and at renewable energy facilities. The studies often include designing and evaluating the performance of harmonic filter banks.

Flicker studies are performed to evaluate the impact of large fluctuating loads and intermittent renewable energy sources, such as wind and solar generation, on feeder voltages. Utilities often require that their customers meet the requirements of the flicker tolerance curve for border line of visibility specified in IEEE Standard 141, IEEE Recommended Practice for Electric Power Distribution for Industrial Plants.  A flicker study can demonstrate that the customer’s load does not exceed the specified limits or can evaluate a proposed solution.

S&C’s flicker studies are performed using CYME International’s Power System Analysis Framework-Flow, Alternative Transients Program, or PSCAD.  In many cases, pre-installation and post-installation flicker measurements may be performed as part of the study.

S&C uses modern disturbance analyzers to conduct on-site power quality measurements. Our engineers will analyze the data to determine the extent of voltage sags, interruptions, harmonics, and flicker at the facility and recommend appropriate mitigation measures and/or equipment

A load-flow study determines if system voltages remain within specified limits under various contingency conditions, and whether equipment such as transformers and conductors are overloaded. Load-flow studies are often used to identify the need for additional generation, capacitive, or inductive VAR support, or the placement of capacitors and/or reactors to maintain system voltages within specified limits.

A voltage stability study can determine bus voltage profiles and power flows in a system before, during, and immediately after a disturbance, or verify that a wind farm has the ability to ride through fault conditions. The study can be used to determine the ratings and effectiveness of a dynamic VAR compensation device applied for fault support, or applied in a wind farm to stabilize system voltage.

A reactive compensation design study determines the composition and ratings of equipment applied for transmission system voltage support, or for renewable energy facility power factor and voltage control. Such studies are often performed to demonstrate the effectiveness of equipment that differs from that analyzed in the transmission provider’s or independent system operator’s system impact study.

A reliability study will maximize the quality, efficiency, and safety of an electric power system. S&C engineers will perform a site visit and then prepare a comprehensive report discussing the findings and suggesting ways to improve overall reliability of the system.

The value of preventive maintenance for older equipment is considered, including its effect on downtime, repair costs, and production losses.  The assessment is based on reliability indices such as SAIDI, SAIFI, and CAIDI, and is performed using software such as CYMDIST.

A distribution automation study will evaluate the economic benefits of applying automated sectionalizing switches on critical feeders to reduce the duration of outages, and to support the shifting of loads between sources to alleviate overload conditions. The analysis considers the availability of alternate sources, tie points between feeders, historical outage data, and reliability indices.  The existing communication infrastructure, switch locations, and feeder protective device settings are considered in selecting the communication media and switch placement.

A switch placement study will determine the optimal number and location of sectionalizing switches (or mid-line protective devices) on a distribution circuit. Such studies consider reliability, economics, and system operation under a variety of contingencies. The goal is to minimize the number of customers experiencing a sustained outage due to a fault at any location on the circuit. S&C engineers may travel to the site to identify sections of the circuit that are at an elevated risk for faults, as well as potential locations for switch placement.

An insulation coordination study determines whether selected surge arresters provide the necessary lightning and switching surge protective margins for power system equipment in a utility or renewable energy facility substation. Such studies typically include development of an equivalent transient simulation model for the system, and simulation of lightning and switching surges for various system configurations. Study results may include recommendations for alternative surge arresters or placements.

Analysis software used to prepare these studies include the Alternative Transients Program and PSCAD.

An electrical system loss study optimizes the design of a distribution feeder or the collector system of a large wind or solar plant. Total system losses are calculated based on the selected cable or line conductor sizes, and are evaluated against specified losses for the project. Increased conductor sizes are considered based on net present value calculations.

A switching transient study analyzes the transients associated with switching of utility or industrial capacitor banks or shunt reactors, or the performance of transient mitigation devices during transmission line energization. Such studies are sometimes performed as part of a forensic analysis of an equipment failure, particularly if the failure is associated with a switching event or operation of a protective device.

Switching transient studies are performed using the Alternative Transients Program or PSCAD. Equivalent circuit models are developed based on the parameters of the equipment and the frequency range of the phenomenon being investigated. 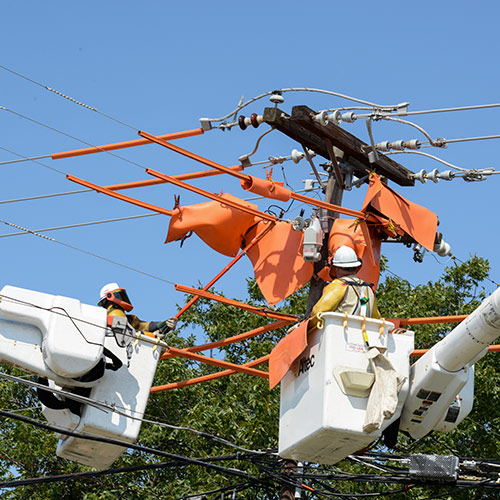 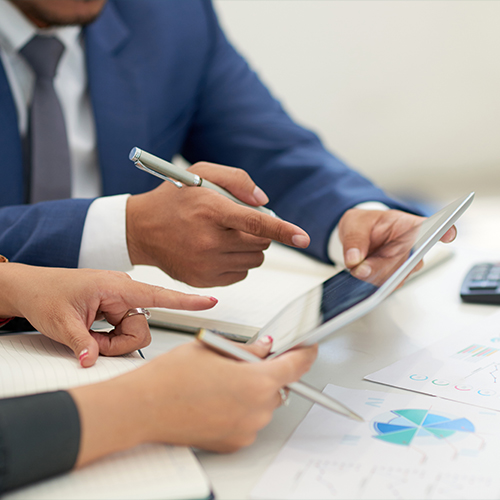 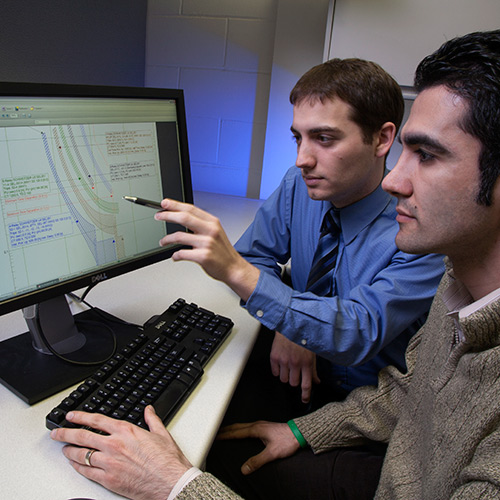 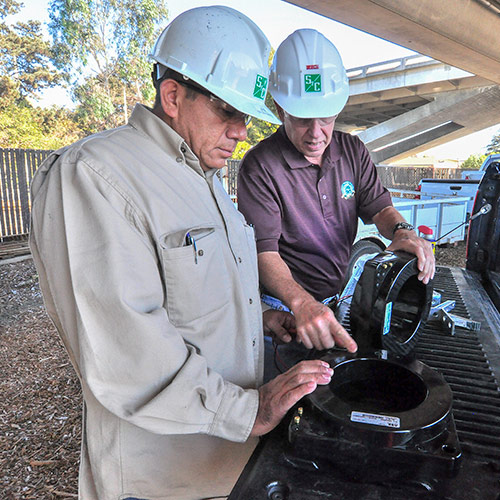